Egypt, in its own path: The 200 years long march to Tahrir and beyond 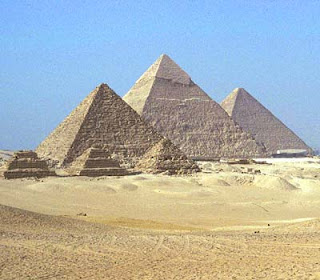 They have built their civilization without outside models to learn from. It was just themselves, the life-giving river, the vast desert around, and the mysterious skies above.

For many centuries their creation towered above its surroundings as the most developed society around, with only Mesopotamia to keep it company, and rivalry. Gradually other societies caught up. But Egypt’s heritage and achievements still placed her above the rest, boosted by the fact that all these new civilizations were influenced by her culture, and willingly consumed it.

With the welcomed columns of Alexander the Great Egypt became a part of other greater worlds: The Hellenic world, the Roman world, the Christian world, and now the Arab and Islamic world. There its uniqueness had faded but never gone.

In that process however Egypt lost its independence and became the property of foreigners of all sorts, rulers, invaders, and conquerors. At the pick of that process were the Mamluks, a military sect of foreign decent that ruled Egypt as feudal overlords, with absolute power over the country and its people. In 1517 they lost their empire and the land to the Ottoman Turks, but remained the de facto masters of Egypt. No change could have come without their approval, and no change came.


Therefore when Muhammad Ali Pasha became the governor of Egypt in 1805 he knew they had to be uprooted. And on March 1st 1811 he invited them to a royal bash, a celebration of an upcoming war, and massacred them in a ruthless and thorough ambush. For a military force he used instead recruits from the native Egyptian population. In doing so he begun the long process of returning Egypt to its people.
﻿
﻿

The second major step in that direction took place 141 years later, on July 23rd 1952, in what was known as the “Free Officers Revolution.” This was the name a large group of military officers headed by colonel Gamal Abdel Nasser that overturn and deported the royal dynasty founded by Muhammad Ali Pasha. And sent away Egypt's last foreign rulers, the British. In this revolution a force of native origin became the highest and most powerful political authority. Unlike the monarchy it offered social mobility to the poor peasantry, by giving them the ability to rise through the ranks as soldiers and officers.
The third step took place this February, when the masses gathering in Cairo’s Tahrir Square were able to oust Egypt’s 30 years long ruler Hosni Mubarak. In doing so they showed the world, and themselves, what people’s power is all about. The final step will be Egypt becoming a fully functioning democracy. Hopefully it will be the next step and an immediate one. Because, as the history of Egypt and other countries has showed us, revolutions are often followed by setbacks and backwards steps.

In Egypt’s case Muhammad Ali’s dynasty became corrupt and hedonistic, especially under its last ruler; king Farouk I. Gamal Abdel Nasser gave Egypt full independence, a developed infrastructure, vitally needed land reforms, and international prestige. But with them came tyranny and an economy that could not sustain his military ambitions. And in Tahrir square, on February the 18th 2011, merely a week after this leaderless revolution seceded in ousting president Mubarak, the radical cleric Shiekh Yousef Al Qaradhawi encouraged a crowed of around a million men, to declare war on Israel.

Egypt’s history points clearly to its direction, a government by the people, for the people. Its troubled history suggests this won’t be a smooth ride. But every major step towards that goal has to be commended and blessed. Even if skepticism will be vindicated in the nearby future, this revolution should be congratulated. Because in it the value of life was largely kept, the protesters were non-violent and the army held back its fire. And those who did resort to violence, Mubarak’s supporters, lost. Its not that skepticism should be sidelined, no, this would be unwise from a survival point of view. But we can congratulate this achievement without been euphoric. Whenever democracy wins it is a good thing and should be treated as such. Whatever bad things may come, no matter how close they might be, they are not here yet. When they do come, they will be treated accordingly. But until then Egypt should be congratulated for this achievement and for her new found liberty. And may they prove all their doubters wrong. Because to many revolutions didn’t, and not just in the Muslim world.
Posted by Dvar Dea at 7:04 PM No comments:

Unrest in Libya; a change is coming?

Seeing these images from a recently uploaded video to YouTube, makes me wonder if I should allow myself to hope again.


If Ghaddafi is rejected this way, maybe, just maybe, his false slogans will be rejected as well.
Posted by Dvar Dea at 5:46 PM No comments:

Avigdor Liberman’s parliamentary inquiry committee, cookies and chocolate to the enemies of Israel

That is the best way to describe the brain dead idea of Avigdor Liberman and his political party Israel Beteinu, to investigate the financial sources of various human rights organizations operating in Israel and the West Bank. Whatever political benefits he may get, they’ll faint in compression to the propaganda coup he is giving the enemies of Israel. Real chocolate and cookies for them!!
Posted by Dvar Dea at 5:29 PM No comments:

Qatar after the ‘Palestine Papers’ leak

‘Iran on the other side of the gulf.’

This is the best way to describe the oil emirate of Qatar after the publication of the ‘Palestine Papers’ by Al-Jazeera.
Since Qatar control Al-Jazeera but Iran is the only one to benefit from damaging the peace process.
Posted by Dvar Dea at 3:36 PM No comments:

Here are two videos, the first is of anti fence protestors in Ni’ilin from December the 31st, which they have filmed and placed on YouTube. The second is CNN footage from January 19, recording the nasty affects the massive use of teargas by the Tunisian police has on the CNN crew (H/T HonestReporting).


The differences are glaring:

The international anti fence protestors who oppose Israel’s effective security barrier are relaxed and cheerful before and during the protest. As if it is some kind of adventure. One of them plays the saxophone without any difficulty. While Ben Wedeman, CNN’s senior Middle East corresponded and a veteran of many wars and civil unrests is having a hard time adjusting to the Tunisian teargas; and that at a far greater distance from the teargas than the sax player.

As both he and Michael Holmes point out, it is nastier than what they have experienced in Israel. In Israel, as the first video shows, the protestors are suffering from the affects of the teargas only when they are very close to the canisters. And although there were many deaths reported in Tunis, none of them is from inhaling teargas.