Israel does not need a PR ministry.

Regarding Adi Mintz article
Israel does not need a PR ministry.
Israel needs its foreign office on all its levels to do its job.
Posted by Dvar Dea at 4:59 PM No comments:

A brouhaha of ‘ifs’ and one confirmed accident.

That is the best way to describe the hype that preceded Shelah & Druker video clip edited news piece on IDF ‘war crimes’ in Gaza during operation ‘Cast Lead’. (Aired on Israel’s channel 10 at 20.00 Friday the 20th of March).
“If there were civilians up there they had no chance…” quoted a soldier named Danny, “IF”. ‘If’ is a lot of things, mostly possibilities, war crimes are certainties – either there was or there wasn’t a war crime. And if the witness doesn’t even know if there were civilians there in the first place, then he is no witness.
Most of the accusations regarding unlawful deaths of civilians were quoted ‘ifs’. If the purpose of bringing them up was not to introduce them as war crimes, but to emphasize the leniency of the opening fire regulation, which they claim existed, then that is a separated discussion, related but separated. It is a long and complex discussion that starts with all the preemptive measures taken by the IDF to clear civilians from areas of operation and ends with the multiple life threatening situations a soldier on the field can find himself in.

The one case of confirmed killing of civilians by the IDF they did bring was an accident. An old women and a child misunderstood army instruction and instead of turning to the right, were it was safe; they went to left were a sniper was on the lookout for threats to soldiers in the area. The sniper shot them dead. The argument against him, he had a clear sight of them in his aiming scope.
Did he?
Could he look into their minds to see if they were there by accident or as Hamas spotters informing hiding Hamas gunmen where our soldiers are?
Could he have looked underneath their close for hidden explosives?
This accident happened because officers in charge of the civilian’s evacuation failed to inform him and him about these civilians who accidentally went the wrong way. And if Hamas hadn’t used civilians so scrupulously and systematically, this accident would not have happen in the first place.
This tragic incident tells another story: one of the arguments against the IDF treatment of civilians was that while on one hand civilians were evacuated from buildings were military activity took place, on the other hand, there were orders to shot at every movement in sight in the open areas. This suggested that the Israeli army was evacuating civilians into the kill zones it had created. But this tragic story tells us that there were safe zones to prevent such things. And therefore the implied accusation was unfounded.

But one grave matter of criminal activity by Israeli soldiers did come up, vandalism and disrespect of property. While such criminal activity is minuscule compared to the charges of “war crimes” and “wanton killing of civilians” it’s still a grave matter to us Israelis. An army of vandals is an army that cannot keep its troops in order. An army without order is no army at all, no army no defense.
While the subject of maintaining our armed forces morality got bad reputation due to hearsay accusations and hearsay journalism, it did not diminished the importance of our actual moral conduct in battle. Because if we neglect this matter a day will come and such accusations will not be hearsay or fantasies, it is a dreadful day when we will not only resemble our enemies in conduct and morality but in military performance as well. And we cannot afford any serious defeat.

With damming titles and wording the Palestinian Center for Human Rights (PCHR) published its finding regarding the death toll among Palestinians in Gaza during ‘Operation Cast Lead.’


Published in Reuters on the 12th of March, they claim that the IDF used indiscriminate fire against civilians. But their own figures, which are questionable, since they are not exactly neutrals, make that accusation improbable.

These are PCHR figures: 1,434 people killed, from them 960 civilians, 239 police officers and 235 fighters, 288 children and 121 women.
Sounds damming isn’t it? But look at what is missing, the numbers of men killed and age and gender distribution among the children.
It is easy to find how many grown male civilians were killed, 551. Problem, if the fire was indiscriminate why the number of men killed tops that of women and children put together?
Shouldn’t the figures be close?
In the heat of battle it is easier to confuse unarmed men with armed men.
The same goes with the children categories. Grown boys, 15 and above are more likely to be confused with young adults then children under 10 or girls.

If it turns out that the figure of boys above 14 killed in ‘Cast Lead’ is disproportionally high then that of girls at that age range and boys and girls at younger ages then we have a pattern that shows that the IDF did try to avoid killing civilians or else why would the categories more likely to be confused with armed combatant will be so highly represented.

And another improbability undermines PCHR accusations:

All Palestinians killed in ‘Cast Lead’ where killed by the IDF?
Not a single Palestinian killed by misdirected fire from Palestinian gunmen?
Does that sound probable to anyone?

It’s not; an argument claiming otherwise will have to twist logic and facts in a truly twisted manner.

It is really very simple, in a combat situation, with thousands of heavily armed troops on booth sides. All the accidents of war, misdirected fire, stray bullets and shells, mistaken identity, friendly fire incidents, and more, are equally likely to occur on both sides. The only way to know for sure is figures; figures, figures, figures. And accusations with partial figures are the same as accusations with no figures – baseless accusations.

All PCHR can claim responsibly is that 960 civilians were killed in Gaza during operation ‘Cast Lead’. By whom? That will have to be discovered by studying each and every incident. And once that is done I’m sure there will plenty of guilt on the Palestinian side. And I’m not saying that out my high confidence in the morality of the Israeli army this is simply the nature of war.

Until then these accusations are baseless and improbable.
Posted by Dvar Dea at 7:17 PM No comments:

Something to be ashamed of. 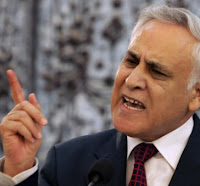 The story of Dru – a historic tale for Purim.

Regrettably not been a comedian, not even remotely, all I can offer is a short story from the history of Jewish humor.
It is a story of an unintended rescue and an almost rescue.

It is the story a men by the name of Asher Alther Abba Aharon Druyanov, or Dru, for short, as I rather call him.

Dru was an Israeli Anthologist at the beginning of the 20th centaury, who in the 1920’s went to Europe to make an anthology of Jewish jokes and humor. And as you may think, there was plenty to record.
And Dru, so it seems, was the right kind of mixture of book warm nurde and an appreciator of good humor to do the job.

His devotion was commendable; by 1933 he had finished, gathering material for 4 volumes, from which he published 3 in 1938. Thus saving Jewish humor from Hitler.

But as great as it sounds, there is always a ‘but’.
And this but was Dru’s decision not to publish the forth volume on grounds that “These are thing that are not supposed to be said in public.”
Ouch! .
Why “Ouch”?
If you didn’t get it, you are bigger geeks then I’m.

How it disappeared? It is apart of the mystery.
Good old Dru died that year, 1938, and afterwards no one bothered to look for that book, so eventually it vanished. And in it one of the world’s largest collection of filthy jokes.
How many?
No one knows. But if the published volumes had a total of 3120 jokes, the missing forth couldn’t have more then a thousand.
One thousand missing dirty Jewish jokes, because Dru said: “These are things that are not supposed to be said in public.”
Can you here the Jewish comedian desperate for new material crying: “You supposed to say those things in public.”

But alas Dru is gone and the book is gone.
All attempts to find it came up with Gurnisht, that’s Yiddish for nada.
And the book is another missing Jewish treasure.
Will it ever be found?
That will be nice, filthy disgusting and obnoxious, but nice.
But given what Tel Aviv has been through since 1938, the bombings, the floodings, the massive ill thought and ill heart reconstruction, the chances of a miracle are truly miraculous.
But who knows, may be like the Arc of the Covenant, it is hiding somewhere, waiting for a rock to roll over and the light of day to shine on it. 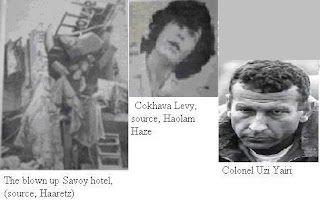